Almost as good as a time machine

Company, family and business history, brave decisions, great innovation achievements and difficult times – it’s all inside our retrospective of the last 125 years, during which Dürr has developed from a small workshop into a global mechanical and plant engineering firm. Let us take you on a journey into the past.

Having founded the metal shop for roof flashing in 1896 during the German Empire, Paul Dürr expanded it into a large-scale workshop for small-batch production – from 1923 with the proactive support of his son Otto. During the period of National Socialism, the business became part of the arms industry. In the German economic miracle era, Otto Dürr paved the way for the company to focus its endeavors on plant engineering. When Heinz Dürr became the third generation to join the business, the key customer group was increasingly made up of automakers, and the company went global.

In the subsequent years, the established paint shop manufacturer continuously developed into a systems provider. The new millennium began with its entry into a new business field: With the acquisition of Schenck, the portfolio was expanded to include balancing systems and diagnostic technology. Over the last decade, the Group has strengthened its position in the emerging markets, mainly in China, and taken advantage of further opportunities for expansion. The acquisition of the HOMAG Group, the world-leading supplier of woodworking technology, has attracted particular attention.

Today, with all three sub-groups – Dürr, Schenck and HOMAG – we are at the cutting edge of technology, actively pursuing the themes of digitalization, automation, electromobility and sustainability, which are of relevance for the future. 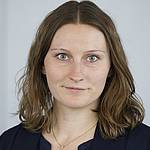 Too brief for you? There is, of course, a more detailed version of our → company history. You can scroll through the past 125 years at your leisure and delve deeper into the individual periods.

‹ BACK TO THE DÜRR & MORE HOMEPAGE