Dürr’s subsidiary Schenck USA tests electric propulsion components for aircraft using spin test systems. The data and the insights gained from these systems provide manufacturers with important information on the strength and durability of the material and their part designs.

Electric motors have charm. They hum instead of howl — and recently, they have become increasingly capable of generating substantial thrust. Powered by sustainable clean energy sources, they will be an important technology for combating climate change. However, while there are already millions of electric cars on the road, electric propulsion for aircraft is virtually unheard of. “Electric air travel is still in its infancy,” says Lars Künne, Head of Schenck USA. But this is set to change.

In the Center of Excellence in testing located in Hudson, Massachusetts, Dürr’s subsidiary Schenck is supporting the development of electric propulsion aircraft. Both established manufacturers and start-ups come to the test facility to push the components for their prototypes to their limits by using state of the art spin test systems.

Here, the e-pioneers are in expert hands. Schenck has been a partner for customers in the aerospace industry for decades. ”We regularly test components for jet and rocket engines”, says Hiro Endo, Chief Technology Officer at Test Devices, a business unit of Schenck USA. The company also leads the innovation in cutting-edge spin testing for components of electric motors in the automotive industry.

At the heart of the tests for the e-aircraft manufacturers is the rotor — the centerpiece of the electric propulsion system. Using its magnetic fields, it converts electric energy into kinetic energy that propels the aircraft. The rotor in the electric motor could rotate up to 20,000 times per minute. Enormous centrifugal forces act on the component — like a swing carousel where the chairs are pulled outward by the rotation of the carousel. Failure of such a part can pose a serious risk for aircraft, and spin testing is one of the key steps in checking its integrity. The development teams of the e-aircraft manufacturers receive critical information to validate the manufacturing quality of the rotor and reveal any weaknesses in design before they release the parts into production.

When the rotor is placed into the spin test system’s test chamber it is either subjected to a very high rotational speed, over its intended operational limit, or put under a cyclic load — accelerated and braked tens of thousands of times. Digital data acquisition and control systems monitor and record how the material changes over the course of the test. Experts carefully observe the key parameters of the rotor under test, for example, where the magnets are mounted — a potentially sensitive location where the structure of the material is interrupted, thus causing higher stress.

One of the most nerve-racking tests that Endo and his team perform for many customers is the burst test. “We only have one chance to do it right. If something goes wrong with the measurements and recordings, we have to ask our customers for another expensive component.” During the burst test, the spin test system pushes the rotor to its breaking point. Schenck has equipment capable of reaching 200,000 revolutions per minute. High-speed video images of the burst test capture intricate details of how the rotor deforms and breaks apart. The results give the customer a full picture to understand where the load limit is, and how the part fails.

Electric air travel is still in its infancy. But this is set to change.

Right now, Schenck is mainly seeing customers who are planning to construct small e-aircraft and eVTOLs (electric Vertical Take-Off & Landing). These are designed to be used as air taxis, carrying passengers above the congested roads of large cities, and connecting cities in the years to come.

“I expect the first small all-electric regional passenger aircraft and air taxis to be technically mature and certified for their services as early as this decade,” says Künne. For larger passenger aircraft, he estimates that it will take considerably longer than 10 years. For medium- and long-haul aircraft, all-electric propulsion will not be viable in the near future. This is due to the rigorous certification requirements as well as the technical challenges related to the weight of the batteries, which are significantly heavier than jet fuel with the same energy content.

As electric flying is a new technological territory, it is mainly the manufacturers’ development departments that have individual rotors tested in the spin test system, many working toward FAA type certification requirements. When the first electric aircraft go into mass production, fundamental work with spin test systems will decrease. “Instead, we anticipate a growing request in balancing,” says Lars Künne. After all, the electric motors of future aircraft generations are to run smoothly. When exactly this time will come is still uncertain. “But when it does, we will be ready.”

The dream of flying is firmly embedded in the history of humanity, and it is certainly not over yet.

Otto von Lilienthal is the first person to take to the air in his “Derwitzer Glider”.

Foundation of the world’s first airline, DELAG (German Airship Travel Corporation). The first passenger-carrying aircraft come to be known as zeppelins. These airships had their heyday from 1928 onward, until it ended abruptly with the Hindenburg disaster in 1937, when the airship caught fire while landing in Lakehurst.

The world’s first modern transport aircraft takes off with seven passengers on board. The “Junkers F 13” reaches a record height of 6,750 meters. The start of a success story — the aircraft comes to dominate worldwide air travel.

Wernher von Braun starts the first rocket tests and is regarded as the father of space travel. Having developed the A4 rocket under the Nazi regime, he then goes to the United States as an engineer after the war, where he later leads the development of the launch vehicle for the Apollo spacecraft.

The Soviet Union launches the first satellite, Sputnik I. This is an important milestone for the Soviets in the so-called space race. Sputnik II is launched soon after, carrying a dog called Laika, the first mammal to reach the Earth’s orbit.

The Apollo 11 mission: Americans Neil Armstrong and Edwin “Buzz” Aldrin are the first humans to step onto the Moon. Often overlooked fact: Pilot Michael Collins had to continue to orbit the Moon on board the command module.

The US company SpaceX, founded in 2002, assembles the world’s largest rocket (120 meters). The rocket consists of the “Super Heavy” booster and the “Starship” spacecraft. On May 5, the spacecraft, dubbed SN15, completes its first successful test flight. It’s a first step toward space tourism.

Airbus wants to bring the first emission-free aircraft to market by 2035. 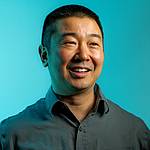