Business figures for the first nine months/third quarter of 2022

- Significant increase in EBIT margin in Q3: 5.6% before extraordinary effects

Bietigheim-Bissingen, November 10, 2022 — The Dürr Group remains headed for a new record in order intake and is raising its full-year forecast again after a strong third quarter. Orders of €4,800 to €5,100 million are now expected for 2022, up from the previous forecast of €4,400 to €4,700 million. This is the second upward adjustment in the forecast this year following the one in August. “Our new business is very resilient in the face of the difficult macroeconomic conditions. We are continuing to see heavy investment in sustainable production processes, automation and e mobility. These are areas holding great potential for the future to which many customers are taking a long-term approach and implementing their investment plans despite the current challenging situation,” said Dr. Jochen Weyrauch, CEO of Dürr AG. In the first nine months, order intake climbed by 23% to €3,929 million, of which €1,319 million was attributable to the third quarter. Sales are also expected to reach a new record in 2022. In the period from January to September they reached €3,078 million, growing by 22% and thus at a similar pace as orders. The third quarter (€1,124 million) saw above-average sales, with initial improvements in the supply chains having a positive impact. The EBIT margin before extraordinary effects improved significantly in the third quarter compared to the previous quarter. At 5.6%, it reached the full-year target corridor (5.0% to 6.5%), after shrinking to 3.9% due to the lockdowns in China.

The high order intake in the year to date was underpinned by growth in all five divisions. Most recently, demand from the automotive industry in particular has been strong. In the third quarter, two big-ticket painting technology contracts were awarded by automotive manufacturers in Mexico and the United States. This led to a 55% increase in new orders in the Paint and Final Assembly Systems division and to new record orders in Application Technology’s robotics business. The new automation technology segment also delivered high growth via Teamtechnik and Hekuma, two companies that had been acquired in the previous year.

At €1,418 million, order intake in the HOMAG subgroup was also very strong in the first nine months. Following record orders in the first half of the year, demand in business with the furniture industry recently started to soften as expected. However, HOMAG sees continued strong demand for production technology for climate-friendly wooden houses. With the receipt of an order for the delivery of solvent recovery systems, the Dürr Group was also able to continue its expansion in battery production technology, a segment that exhibits great potential for the future.

Recently, sales growth was spurred by an initial easing of the situation with regard to material procurement. Moreover, sales in China rebounded significantly in the third quarter, after the second quarter had been heavily impacted by the pandemic-induced lockdowns. Sales from service business expanded by 9% to €875 million. Orders on hand reached a new high of €4,355 million as of September 30, covering a large part of the sales for 2023.

Earnings in the third quarter benefited from the increased sales, improved business conditions in China and the easing of supply chain constraints. At 8.2%, HOMAG achieved the highest EBIT margin before extraordinary effects. In the first nine months, the Group EBIT margin before extraordinary effects came to 4.8% as a result of the lockdowns in China. A further significant improvement in earnings is expected in the fourth quarter. After tax, earnings rose sharply to €78 million in the first nine months (up 59%) as a result of a strong improvement in financial result. Capital expenditure rose by 44% to €98 million and primarily comprised the capital expenditure program at HOMAG, which includes the construction of new sites and the conversion of existing ones.

Free cash flow in the third quarter increased threefold over the same period in the previous year, coming to €61 million. “We were able to generate a high cash flow from the rising earnings, despite the fact that we invested more than in the previous year. The basis for this was prudent net working capital management,” explained CFO Dietmar Heinrich. Net financial liabilities dropped to €55 million as of September 30 as a result of the good free cash flow, €72 million lower than on the same date in the previous year.

Outlook
The business outlook for 2022 assumes that the global economic and geopolitical situation does not deteriorate any further throughout the rest of the year, that energy supplies remain stable and that there are no further broad-based pandemic-related lockdowns.

Driven by the record order backlog and the slight easing of the supply chain constraints, sales look set to continue on their upward trajectory in the fourth quarter. Against this backdrop, the Board of Management now expects sales to reach the upper end of the target range of €3,900 to €4,200 million in 2022. Order intake should continue its positive development in the fourth quarter and exceed the August forecast over the year as a whole. For this reason, the target range for 2022 has been raised to €4,800 to €5,100 million (previously €4,400 to €4,700 million).

The earnings forecast for 2022, which was adjusted in May, is reaffirmed. Following the recovery in margins in the third quarter, the final quarter of the year should see a further improvement. Accordingly, the EBIT margin before extraordinary effects is expected to reach the lower half of the target corridor of 5.0% to 6.5%. The EBIT margin after extraordinary effects should also be in the lower half of the target corridor (4.4% to 5.9%).

As planned, free cash flow looks set to reach €50 to €100 million, underpinned by the significant improvement in cash flow in the third quarter.

The Dürr Group is one of the world's leading mechanical and plant engineering firms with extensive expertise in automation and digitalization/Industry 4.0. Its products, systems and services enable highly efficient and resource-saving manufacturing processes in different industries. The Dürr Group supplies sectors like the automotive industry, mechanical engineering, chemical, pharmaceutical, medical technology and woodworking industries. It generated sales of €3.54 billion in 2021. The company has almost 18,400 employees and 120 business locations in 33 countries. The Dürr Group operates in the market with the brands Dürr, Schenck and HOMAG and with five divisions: 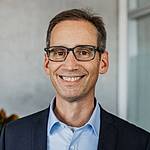